George Orwell was one of the most influential writers of the 20th Century and his writing was heavily influenced by the long periods of his life he spent in London.

Join us as we follow in Orwell's footsteps and explore how the life, sights and sounds of pre-war and wartime London had such a powerful influence on his work.

Our tour begins at Great Portland Street Tube Station and takes us through well-known parts of the West End, before finishing at Rathbone Place (close to Oxford Street). The tour lasts approximately two and a half hours, and includes a free copy of Orwell's classic Politics and the English Language.

Click on the links at the top for further information and to book your place on our next tour.

Upcoming tour dates:
* Booking Essential *
Saturday 14 December 2019 @ 10am
We now do pre-arranged private tours for schools and groups.
We also offer a Charles Dickens tour starting at Charing Cross and ending in Fleet Street.
We can tailor any tour to your needs - you may wish to finish your tour with a picnic on Parliament Hill, accompanied by readings from Orwell
*** The Orwell Tour is now available in French and Spanish. Contact us for more details ***

‘London is a sort of whirlpool which draws derelict people towards it, and it is so vast that life there is solitary and anonymous. Until you break the law nobody will take any notice of you, and you can go to pieces as you could not possibly do in a place where you had neighbours who knew you.’

The Road to Wigan Pier 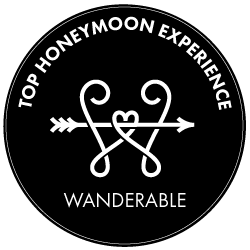